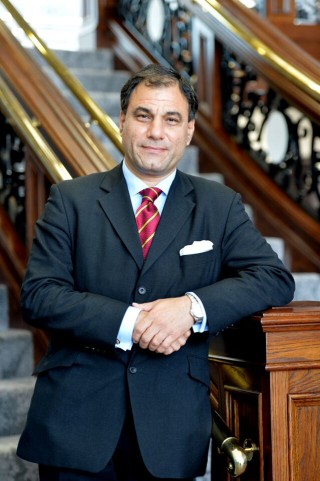 Lord Karan Bilimoria CBE, DL is the founder of Cobra Beer, Chairman of the Cobra Beer Partnership Limited and of Molson Coors Cobra India, both joint ventures with the global brewing company, Molson Coors. In 2006, he was appointed the Lord Bilimoria of Chelsea, making him the first ever Zoroastrian Parsi to sit in the House of Lords, and in 2014 he was installed as the seventh Chancellor of the University of Birmingham - the first Indian-born Chancellor of a Russell Group University in Great Britain.

He is an honorary fellow of Sidney Sussex College Cambridge and Chairman of the Advisory Board of the Judge Business School, Cambridge University.

In 2015, Karan Bilimoria was appointed President of the UK Council for International Student Affairs (UKCISA).

Download the flyer HERE, and RESERVE your place now on Eventbrite HERE