He believes that the key advance that emerged from the work in Northern Ireland was the recognition of the centrality of addressing the disturbed historic relationships between communities. He has taken this work further, not only in practical engagement in various conflicts but alsin elucidating how complexity science is now demonstrating how and why relationships between large groups are so important.

He will describe how he thinks that the Commonwealth is especially well placed to contribute to advancements in peace building at a time when the world seems to be slipping almost inexorably in the opposite direction. 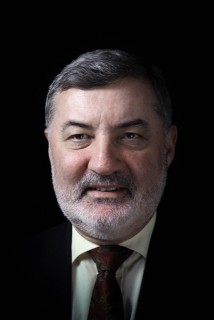 A psychiatrist by profession, John Alderdice played a significant role, as Leader of the Alliance Party, in the negotiation of the 1998 Good Friday Agreement. He was then the first Speaker of the new Northern Ireland Assembly and later appointed to the Independent Monitoring Commission, overseeing security normalisation.

A former President of Liberal International (the world-wide network of liberal political parties) and Chairman of the Liberal Democrats in the House of Lords during the Conservative/Liberal Coalition Government, he consults and lectures around the world on violent political conflict and is currently Director of the Centre for the Resolution of Intractable Conflict (CRIC) at Harris Manchester College, Oxford, and Chairman of the Centre for Democracy and Peace Building (CDPB) in Belfast.

The Annual Gladwyn Lecture is organised by the Council for Education in the Commonwealth in honour of its former Patron, Lord Gladwyn, a distinguished diplomat and parliamentarian.

The Lecture focusses on an educational topic of relevance to the Commonwealth, and delivered by an eminent expert.