Robert Hamilton’s account of her life shows Lalage to have worked at the universities of four Commonwealth African countries – successively Gold Coast (Ghana), Uganda, Nigeria, Zambia, Nigeria again – and to have played a major role in the development of adult and continuing education in Africa and in promoting Africa’s pride in its own history, culture and identity in the 1950s, 1960s and 1970s. 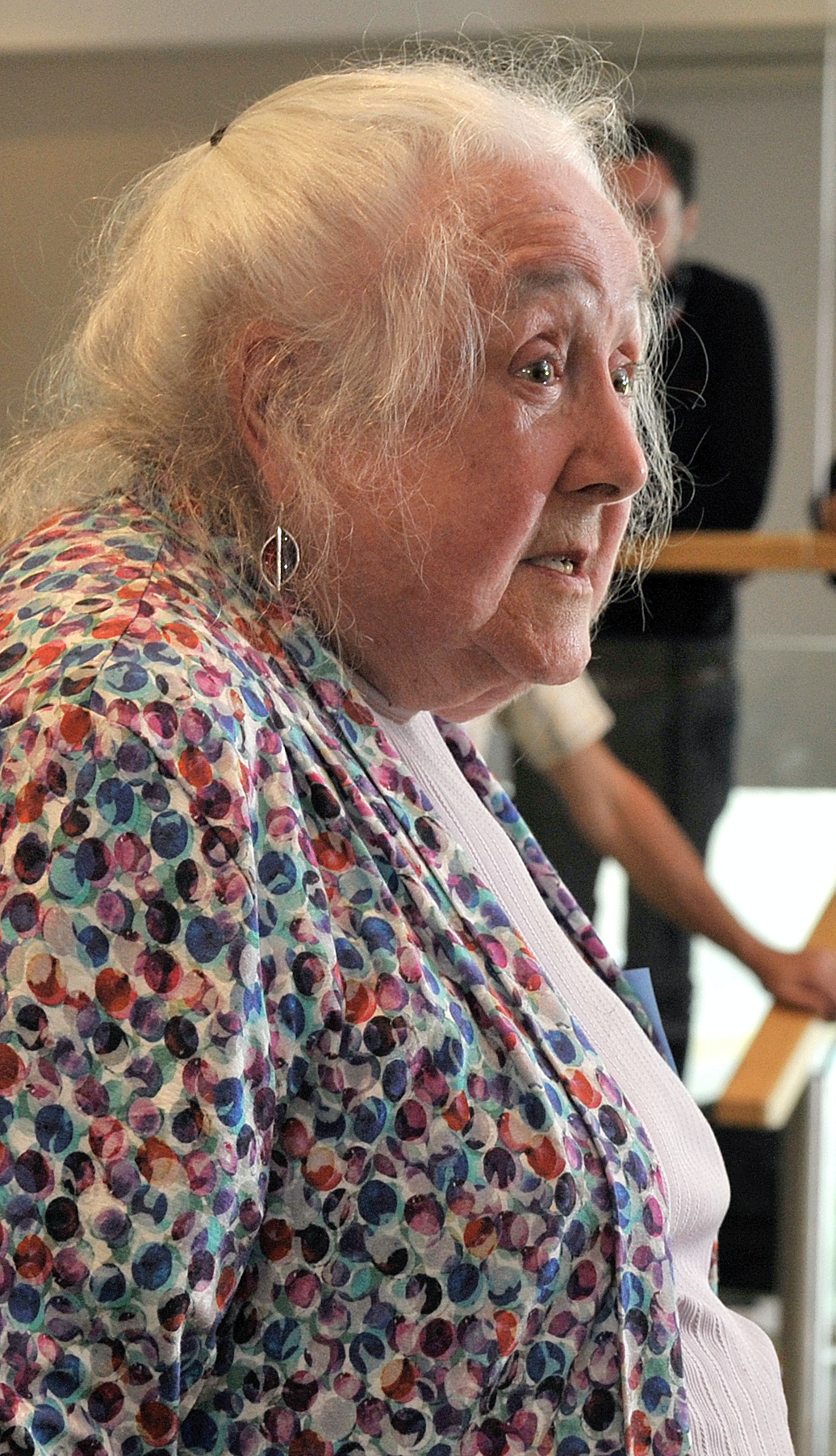 Lalage was thus heavily engaged from the start of her career in the practice of educational collaboration and exchange between Commonwealth member states but she only became involved in the shaping of central Commonwealth policy making when she was appointed as a member of the Commonwealth Standing Committee on Student Mobility and Higher Education Co-operation in 1989.  After its establishment in 1981 the Committee, chaired by Sir Roy Marshall, had initially focussed on opportunities for fee reduction and increasing scholarships.  Later however,faced with intransigence on fees from UK and Australia (who saw international students as form of export revenue) the Committee turned its attention to alternative pathways to international study and academic exchange, including distance education and capacity building in the universities of developing Commonwealth countries.  In the years Lalage served on the Committee it played an important role in setting up the Commonwealth Higher Education Support Scheme with its component programmes in university management; books, journals and libraries; academic staff development and women’s leadership.  The Committee met for the last time in 1993 and was stood down in 1994.

Lalage was well acquainted through her longstanding international university connections with both Sir Roy Marshall, Standing Committee Chair, and Anastasios Christodoulou the Secretary-General of the Association of Commonwealth Universities who also served on the Standing Committee.  These two were successive Chairs of CEC’s Executive Committee in the 1990s and it was natural that Lalage should be drawn into CEC’s work.  When CEC decided to collaborate with the UK Council on Overseas Student Affairs (UKCOSA, later UKCISA) in undertaking a review/update of Commonwealth student mobility trends, Lalage Bown was an obvious choice to serve as chair of a joint working party that met to prepare a report.  This was published around the time of the 2000 14th Conference of Commonwealth Education Ministers in Halifax Nova Scotia, under the title Student mobility on the map: tertiary education interchange in the Commonwealth on the threshhold of the 21st century.

About the same time Lalage accepted an invitation to join the Executive of CEC and she served for six years from 2000 to 2006, for the last three of which she was Joint Deputy Chair with Peter Williams.  Lalage played no small part in helping to bring about a sea-change in the membership of the Executive which on her arrival had been composed largely of elderly white males of anglo-saxon heritage, but by the time of her departure was much more evenly balanced between the two genders and included many more members of different ethnic backgrounds and younger in age.  This owed a lot not just to Lalage’s own advocacy but also to her own welcoming stance to newcomers and her encouragement to them to share their experience and to give voice to their own views.

The year 1999 marked the 40th anniversary of the (first) Commonwealth Education Conference held in Oxford in 1959 and the CEC decided to commission a report to mark the occasion and asked Lalage to be the editor.  Publication was delayed and only finally appeared in 2003 as a volume published by the Commonwealth Secretariat under the title Education in The Commonwealth: The First 40 Years, From Oxford to Halifax and Beyond under Lalage’s editorship.  Lalage wrote the introduction and concluding chapter with other contributions from John Daniel, Gajaraj Dhaanarajan, Ved Goel, Bonney Rust, Jasbir Singh and Peter Williams.

These years that Lalage served on our Executive were particularly active ones for CEC, especially as the 15th Conference of Commonwealth Education Ministers was held in Edinburgh in 2003, and the 2005 CHOGM took place in Malta.  Lalage was member of the CEC delegation to the CHOGM and played an active part with the CEC Chair, Valerie Davey MP,  in a study tour of Malta’s education system on which CEC subsequently reported.

In 2004 the Prime Minister Tony Blair convened the Africa Commission and to coincide with its work CEC, with Lalage playing a leading part, arranged that Prof Akilagpa Sawyerr, Ghanaian Secretary General of the Association of African Universities should deliver the Gladwyn Lecture in the Moses Room of the House of Lords.  The next day CEC and the  Royal African Society convened a lively seminar on the Renewal of African Universities, addressed by Prof |Sawyerr, which Lalage played the major role in arranging.  The importance of such renewal was subsequently underlined in the Africa Commission’s report.

Lalage decided to step down from CEC’s Executive in 2006 – a not unusual action on her part, for a glance at her CV shows that she typically served as member or officer of such voluntary bodies for around five years.  She reasoned that she had achieved what she had set out to do in terms of CEC’s general orientation, and didn’t want to stand in the way of younger talent.  The Council accepted her decision reluctantly but with understanding, recognising that there were many other claims on Lalage’s time and that living in Shrewsbury, as she was by this time, travel to London for meetings was time-consuming and involved some effort and expense (Lalage was both short of breath in her last years, and – personally generous though she was in supporting deserving causes - never very ‘flush’ financially).

The following year, 2007, was Lalage’s 80th birthday and CEC members were delighted to give a dinner in her honour at the Royal Commonwealth Society in Northumberland Avenue.

Lalage continued to participate actively in CEC activities and events, often taking the lead.  She chaired the CEC group that produced a book in 2009 Maintaining Universal Primary Education. Lessons from Commonwealth Africa, under her editorship and published by the Commonwealth Secretariat.   She served from 2008 to 2013 on the CEC’s Support Group for the Commonwealth Scholarship and Fellowship Plan.  She was an active participant in the major conference organised by CEC at St Catherine’s College in Oxford in 2009 to celebrate its own 50th anniversary and that of Commonwealth educational co-peration.  She would come whenever she could – battling uncomplainingly with the need to get help from railway porters and taxis to make the necessary journeys – to Gladwyn lectures and AGMs.  Once arrived, she could always be counted on to ask the first challenging question or , if we were lucky, to give one of her masterly summings up and votes of thanks at the end of a meeting.  And at the bar afterwards she was the magnet that made us all want to remain in her company and talk the night away.

The Council counts itself fortunate indeed to have enjoyed such a generous share of this remarkable woman’s time and attention.  We marvel at her achievements, her energy, her memory for detail, the vast extent of her experience and the range of her acquaintance.  All who met and worked with Lalage Bown will long remember her vigour and entusiasm, her warmth and humanity, her attentiveness and personal encouragement, her integrity and unwillingness to sacrifice principle for expediency.

CEC celebrates Lalage’s lifetime of service, and her immense contribution to our own work.  We shall not soon see her like again, but what an inspiring example she has given us to follow!

CEC Member since 1963 and former Deputy Chair of the Executive

Lalage Bown was born on April 1 1927, the eldest of four children.  She never married, and is survived by her Nigerian foster daughters, Taiwo and Kehinde and their families; and by her brother Hugh and his wife Eira, and by her nephews and nieces.