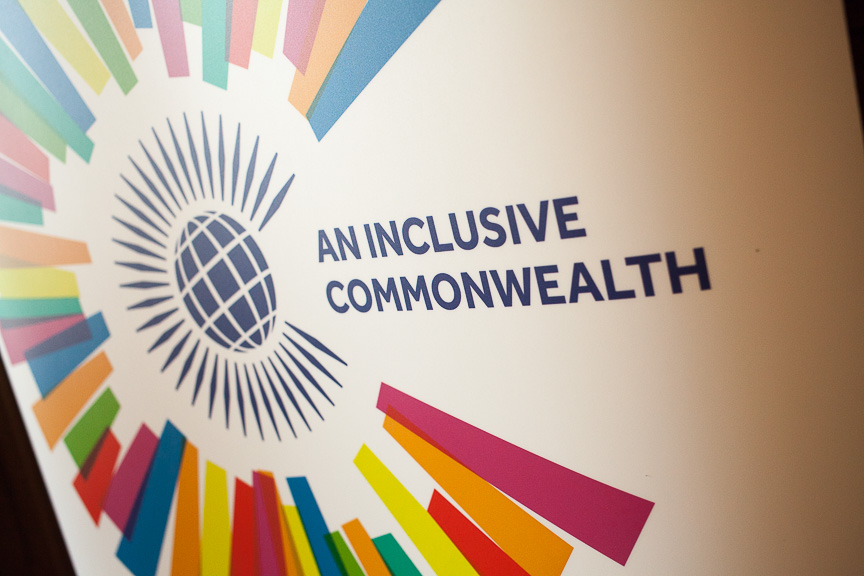 Hosted by Lord McNally, CEC’s parliamentary patron, the seminar exploring Commonwealth educational development and inclusiveness opened with brief presentations by a panel of four speakers, followed by discussion from the floor. It concluded with a plenary address by Baroness Scotland, Commonwealth Secretary-General Designate and Sonny Leong CBE, Chair of the CEC.

The first session was chaired by Dr Neil Kemp OBE who described Commonwealth Day 2016 as a pivotal moment on the path to global development, following the late 2015 adoption of internationally agreed Sustainable Development Goals (SDGs) to be achieved by 2030.

The panel speakers together with their presentations are as follows:

Baroness Scotland drew an analogy between her own, very extended, cross-cultural family, her experience as Minister for Justice and a small Commonwealth family of 53 states. She wondered aloud as to what the close correlation between the abilities of a person aged 22 months and 22 years should mean for the education of both mother and child, if they are to secure a future in safety, security and world peace, from conception onwards.

Her starting position was that we have to ’plot, plan and share’ ideas for educational development with each other, as does everyone else across our family of 53 nations. We all face the same challenges, in small island states, [those with huge populations] and those more developed. We can do it alone or go together, supporting each other as we go.

In office, Baroness Scotland plans to prioritise the well-being of women and girls, but in ways with which men will be comfortable - empowering women and girls through education for the common good. She proposes that we swim together, rather than drown separately. She hopes we’ll swim with her.

This was followed by Sonny Leong CBE, Chair of CEC. He sees that there may be new hope and opportunities to learn how to engage the other, to open up and release the potential of what lies ahead. It falls on us to impart the skill to learn about the other, to understand and share our agendas.

Openness should be at the core of our curriculum with endless possibilities in global classrooms, internet training and citizenship learning.

Please click HERE for the full speech from the Chair, Council for Education in the Commonwealth. 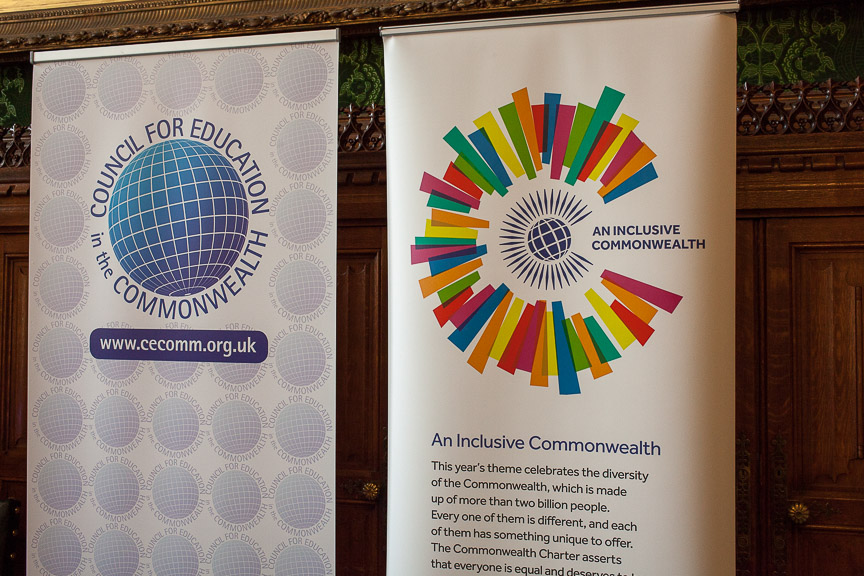 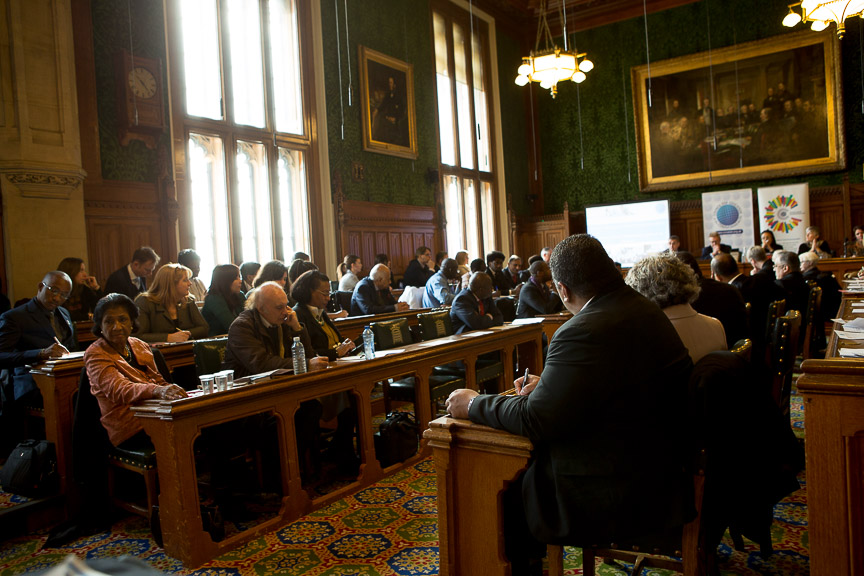 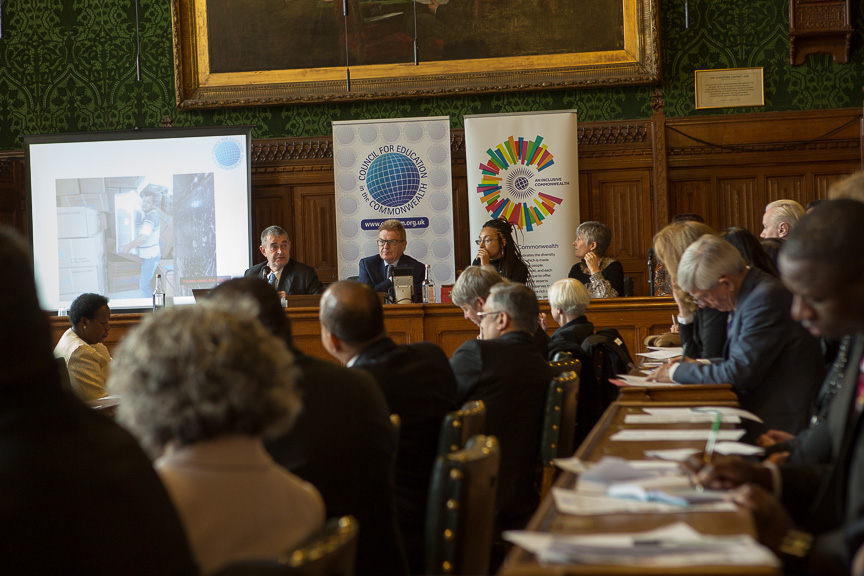 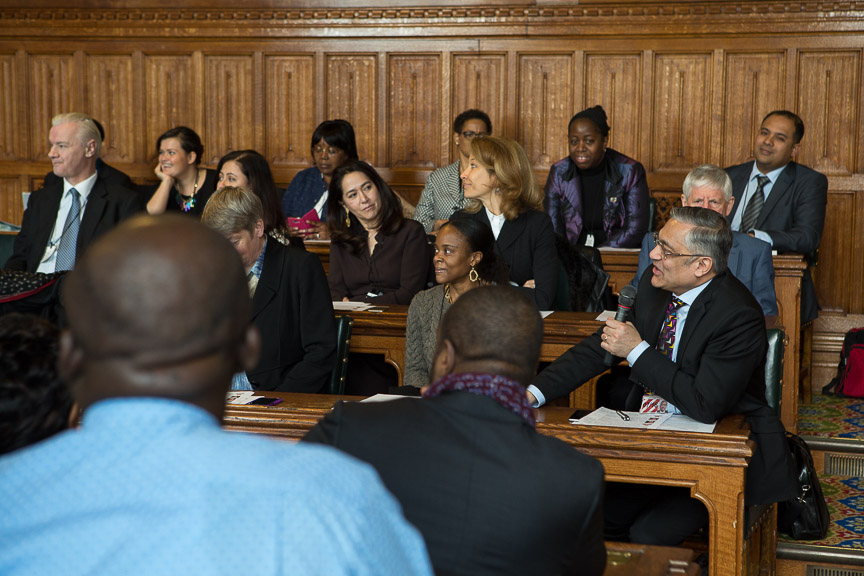 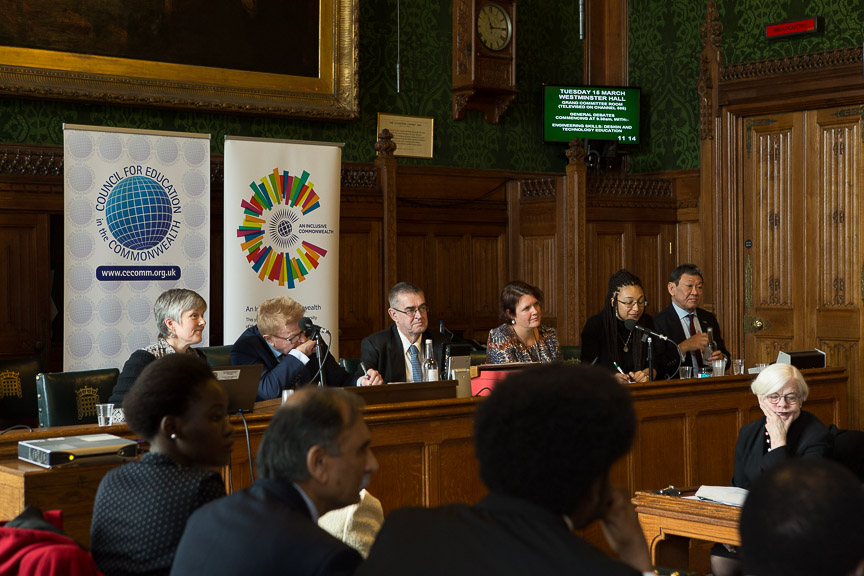 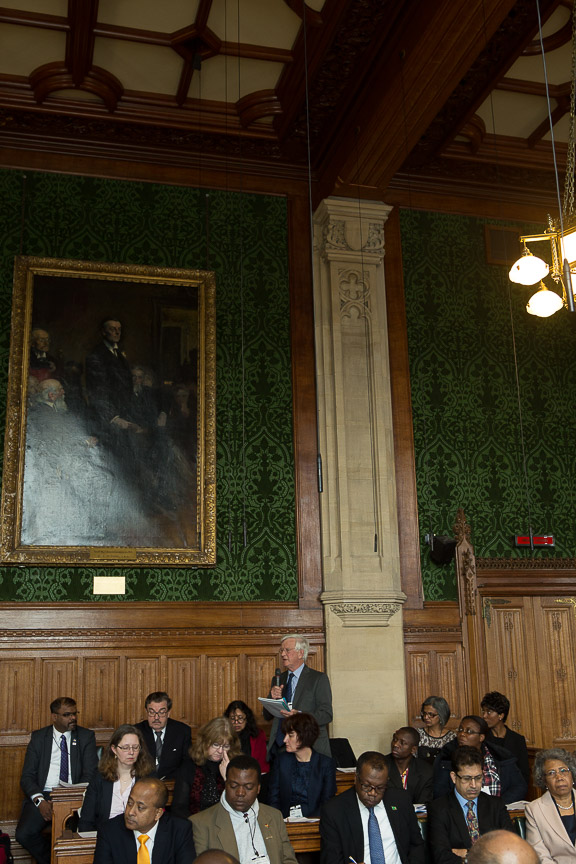 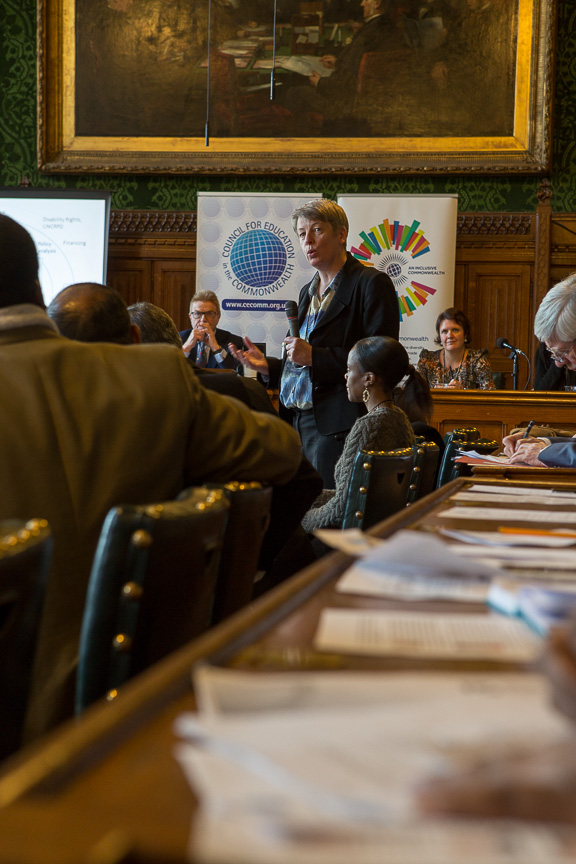 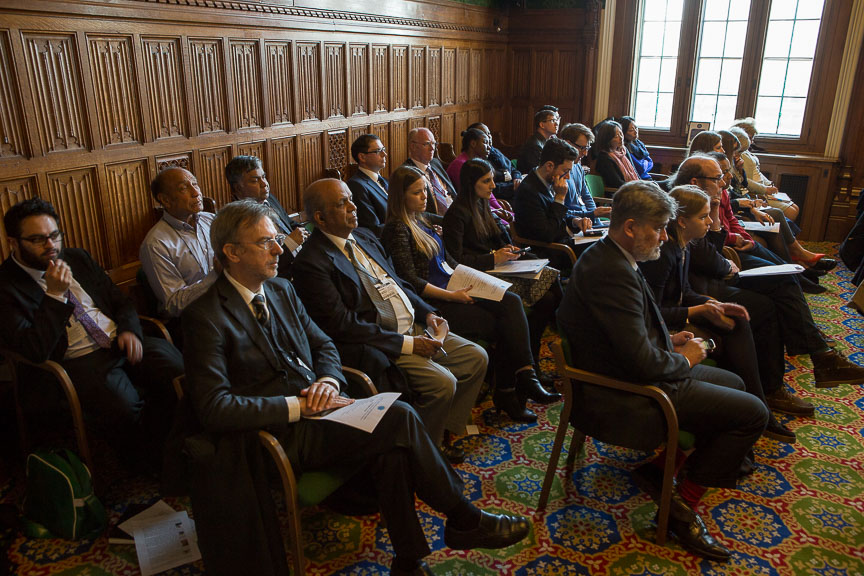 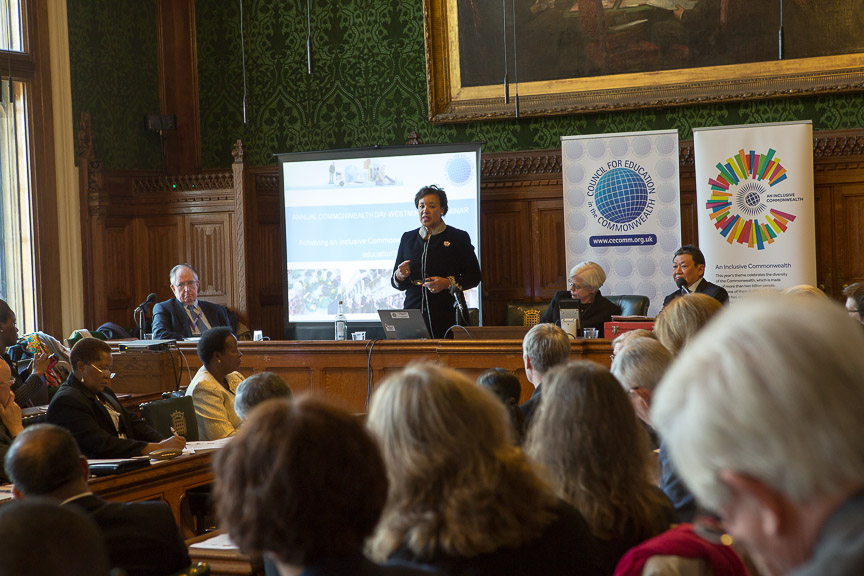 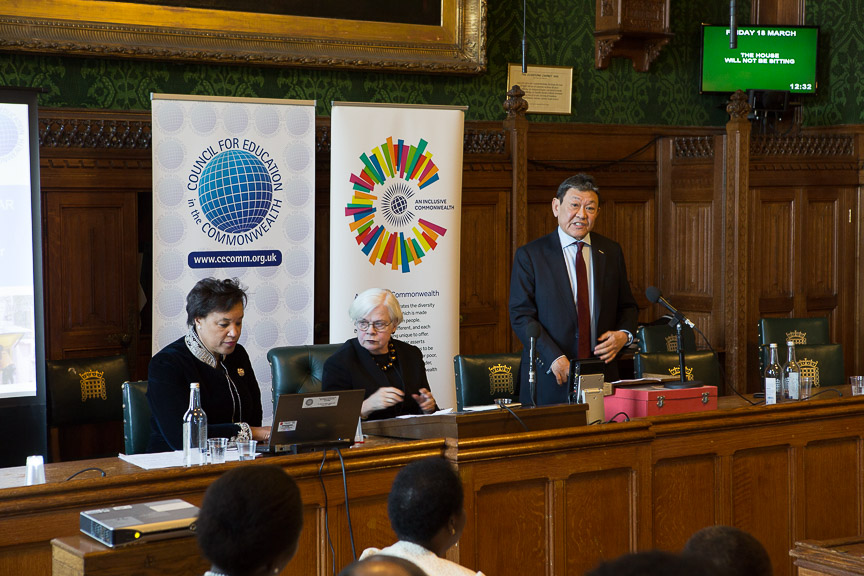 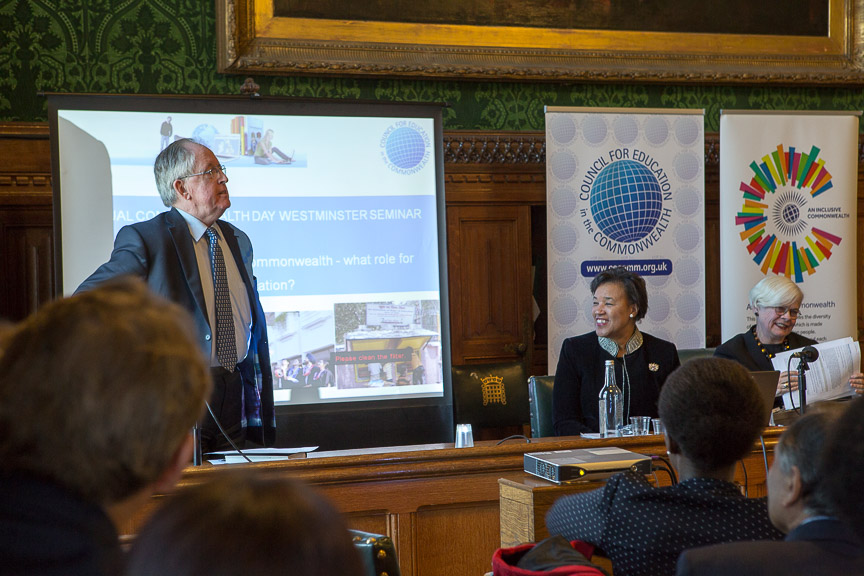 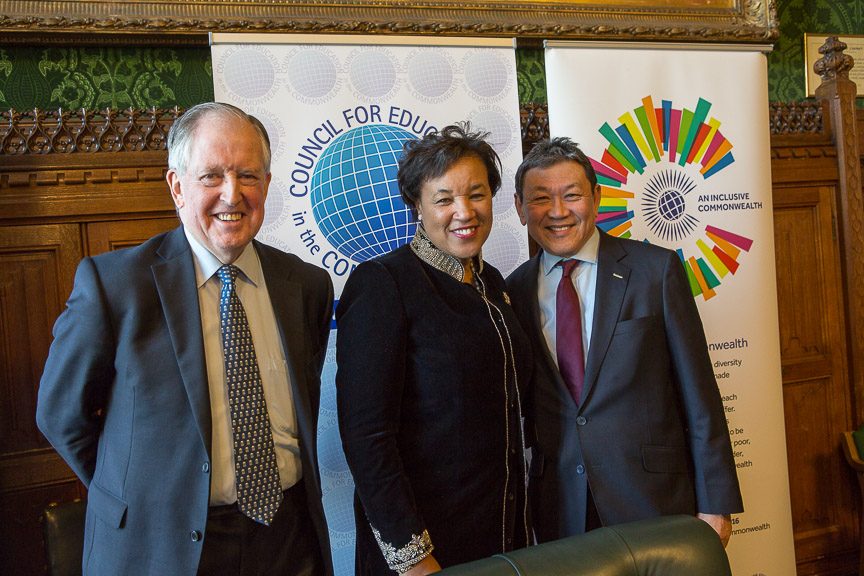