A child born today will likely still to be working into the 22nd Century and during their working life will probably have made six or more career changes, be self-employed or involved in some form of microenterprise. Every job will be underpinned in some way by information technology, artificial intelligence will eliminate more mundane roles, ever evolving technologies will generate new opportunities, creativity be highly valued, increasing international activities will require new people-to-people networks within which cross-cultural understanding will be vital.

The challenge for education providers was ‘to prepare students for jobs that don’t yet exist and who will need to solve problems we don’t yet know about’; there was agreement of the need to master a core discipline (eg as a technician or engineer, designer, philosopher, scientist or mathematician) but that this should be complemented by a mix of softer, more flexible skills, including an understanding of the global context in which all will need to engage, if not directly operate. Formal education should also encourage informal learning, perhaps through volunteering, internships, international study and work attachments, social enterprise and similar. Information technology, in whatever manifestation, will be an essential competence; all workers will need some level of IT literacy, whether acquired formally or through daily interaction with technology.

Were all societies becoming too risk averse? Risk and its understanding should be viewed as a positive (not negative) attribute, essential for any enterprise or self-employed person. Education and training systems needed to embrace this basic requirement.

What was not clear was how education and training might be funded in the future. The current funding models, based on a sequential education system that targeted youth, are already inadequate to support life-long learning and regular career change. While improved technology-enhanced learning will offer economies of scale, it will still require funding. A concern was that employers had reduced involvement in funding and providing training – for the UK, while all employers said they needed students with ‘work experience’, in reality only 30% provided opportunities.

Concern was expressed at the apparent decline in investment by many governments in technical and vocational skills; the drive for greater higher education participation appeared to be draining resources. But in modern labour markets could the problem be that employers do not value these skills as much as they make out, judging by the salaries they offer?

A major concern expressed was the growing divisions between rich and poor, both within and between countries. Reasons cited were the impact of evolving technologies, changing employer practices, growth in numbers of self-employed and all contributing to the ‘squeezed middle’ ie less employment in mid-level skills, some moving into the high skill-earnings band, but more moving down to lower-wage, service and support jobs. No solutions were apparent - how do these observed changes in employment relate to the fast increasing higher education participation rate seen across much of the world?
A positive impact identified was the potential offered through new technologies, to deliver education to disadvantaged communities, including in more remote locations – and at lower unit costs. 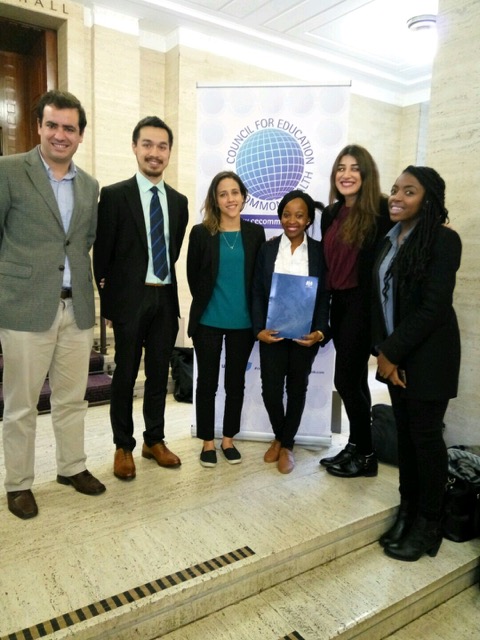 The Student Forum offered excellent examples of the importance of inter-cultural competencies. Communication skills were seen as vital, growing networks (virtual and face to face) provided an important means to ensure that ‘digitised students’ might relate appropriately to the analogue world; they all reported valuing their time as a student in an international community, including to build their own networks for future advantage.

A frequent criticism was that UK universities, who all claim to have ‘internationalisation’ as a top priority, were generally poor at capitalising on the tremendous opportunity through many different cultures on their campuses. Programmes were referred to as often being ‘Anglo-centric’. The concern was not that UK students needed to be more welcoming, but that universities needed to improve their long-term international impact, including as facilitators of longer term international networks, with their students playing a central role.

Do we need history graduates? The evening reception in Parliament offered some answers, as students were provided practical examples of how an understanding of history might enhance critical thinking, analysis, judgement and problem solving.

The Conference is also reported in the Round Table, The Commonwealth Journal of International Affairs, read it HERE and HERE on the Warwick University's website.

Speakers' Presentation are listed below: