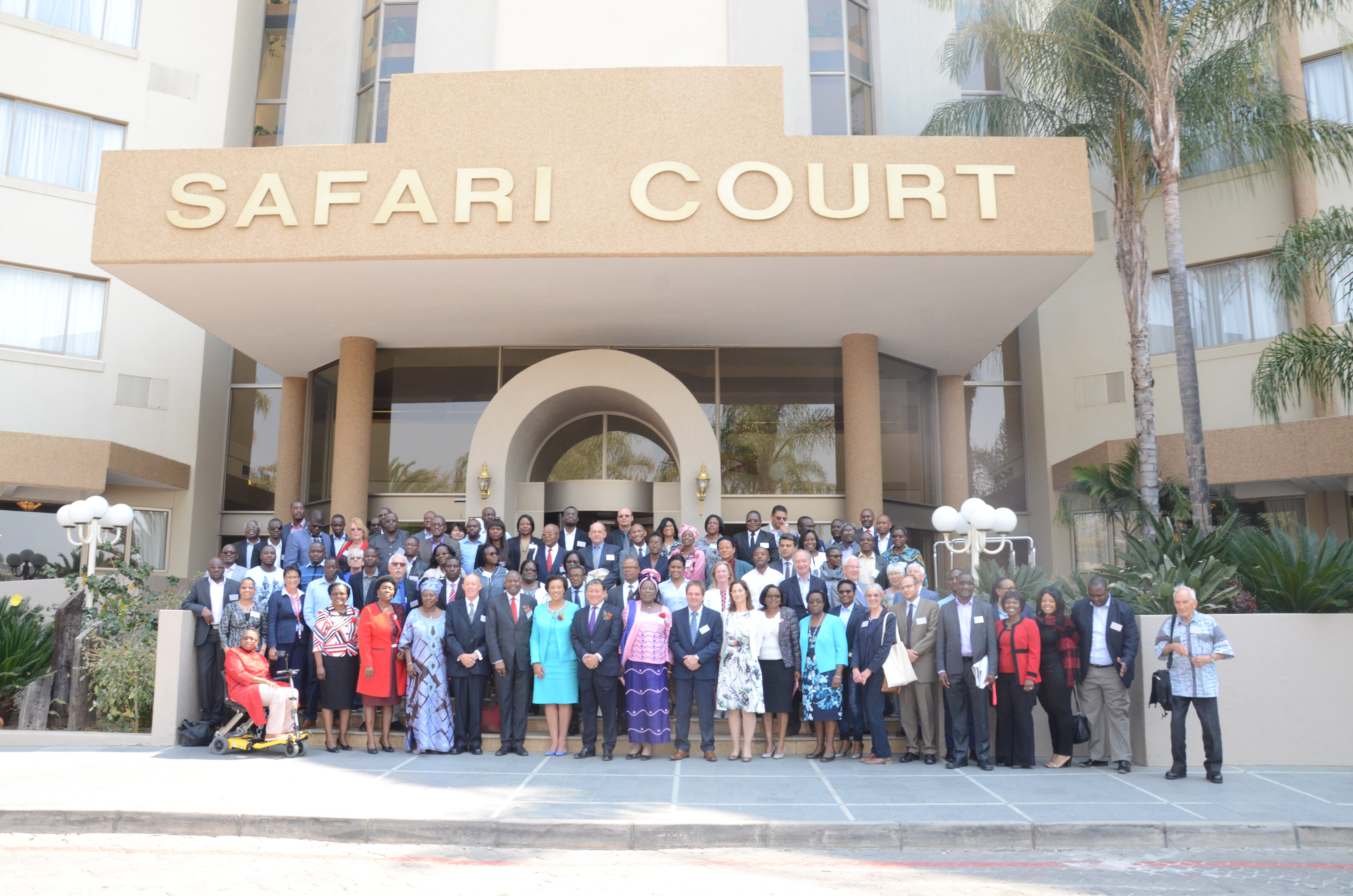 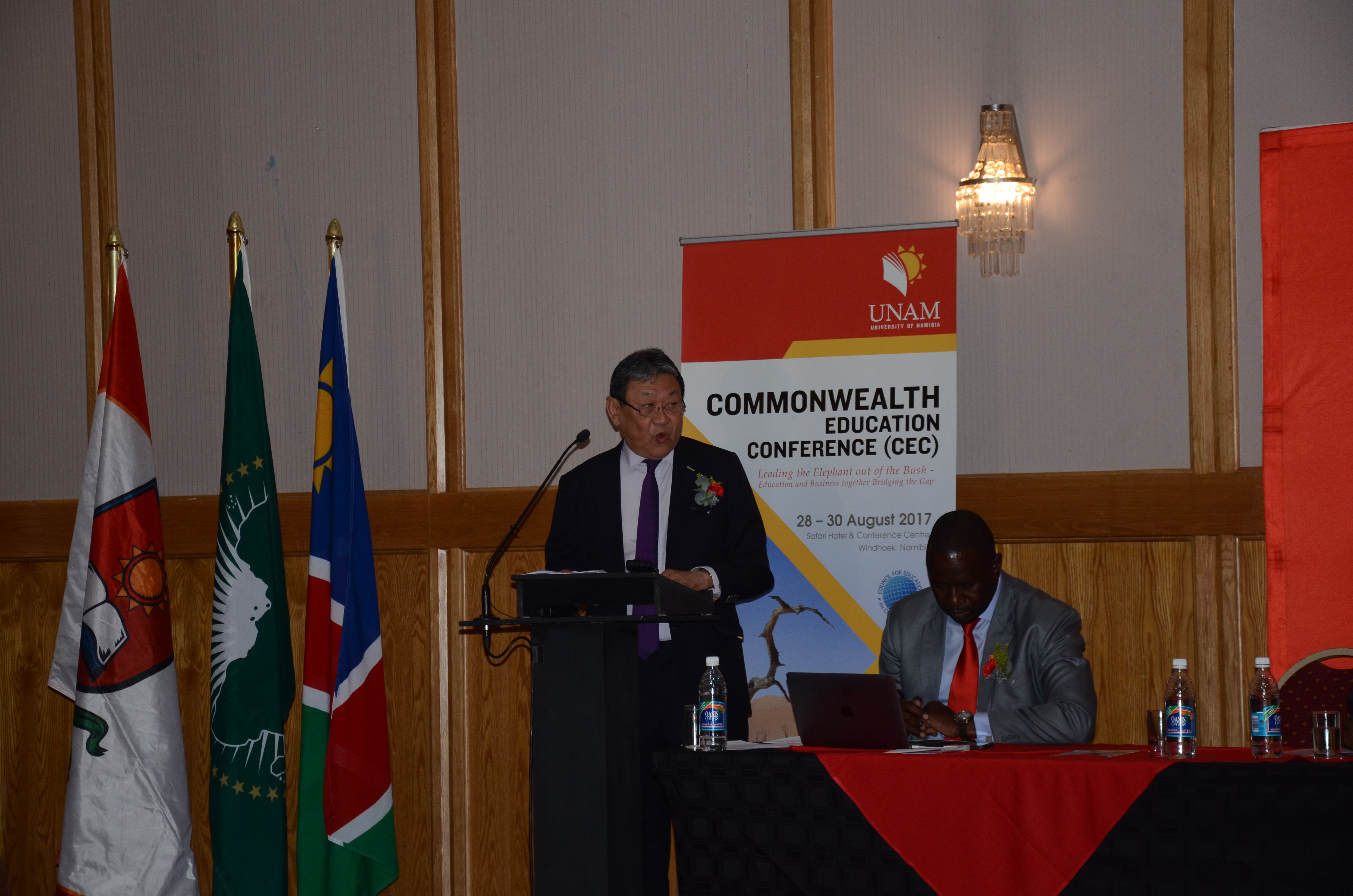 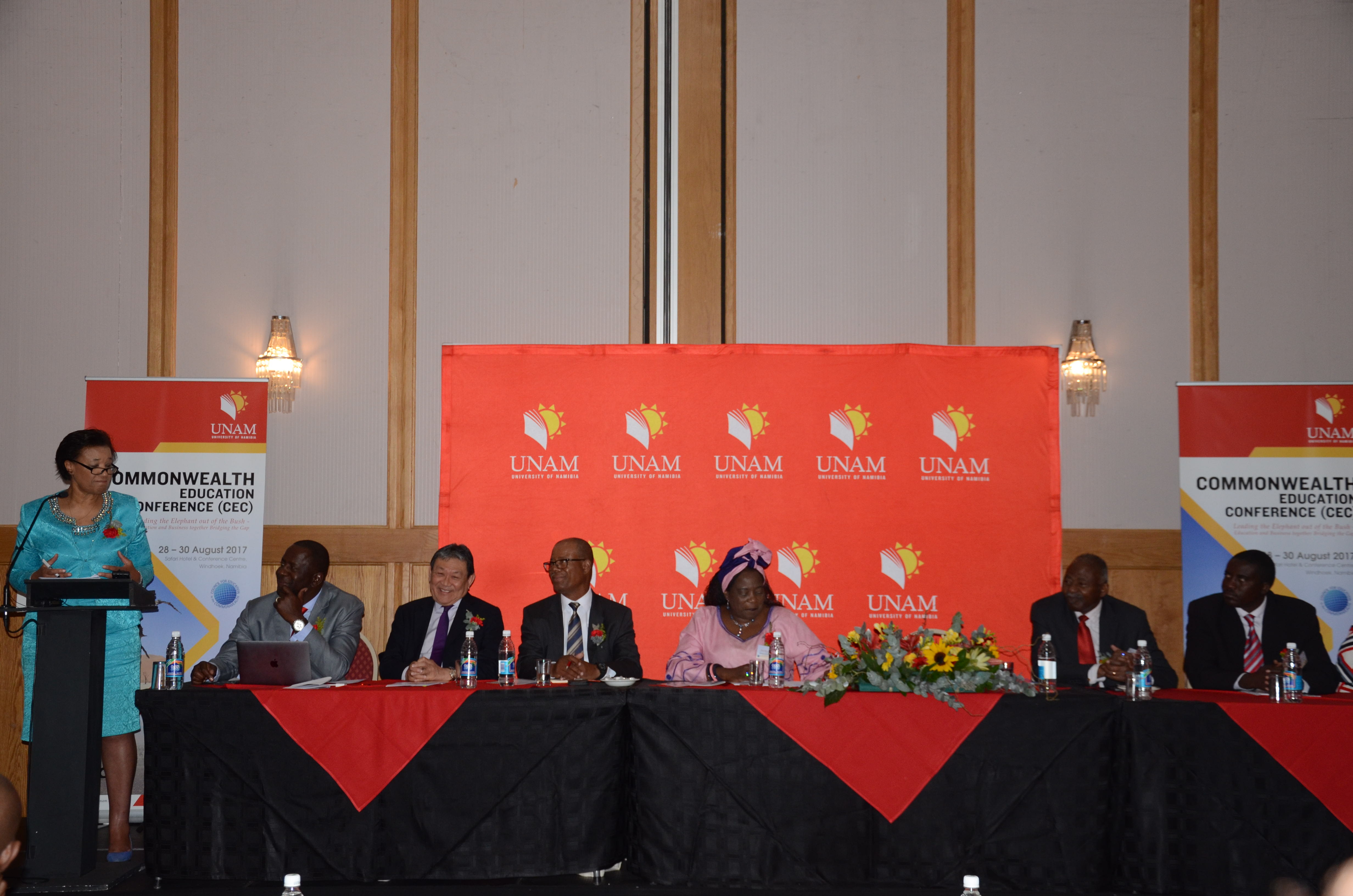 The keynote address was delivered by Rt Hon Patricia Scotland QC, Commonwealth Secretary General (Click HERE). This was her first visit to Namibia in this role. She attended as much of the conference as she could between her other official duties. Her powerful statement about Commonwealth priorities emphasised her determination that the Commonwealth should achieve its seventeen Sustainable Development Goals. She said that this could not be done without a pledge by ordinary Commonwealth citizens to bring them about, as much as by governments. She looked ahead to the meeting of Commonwealth Education Ministers in Fiji next February and made clear her own personal commitment to education as a priority.

Plenary sessions at the Conference examined how education and business can form enterprising and innovative alliances; ways to strengthen the bridge between schools, higher education and industry; methods of building capacity and ensuring quality in tertiary education; the development of indigenous publishing and digital learning; education’s impact on the knowledge economy internationally; and future possibilities for closing the gap between universities and the commercial sector.

Nearly thirty abstracts (Click HERE) were selected for the parallel sessions covering a range of education disciplines and topics over the two days. These sessions were well attended and many suggested afterwards that we should have allowed more time for these sessions.

This Conference constantly demonstrated the need for partnerships between higher education and the world of business and industry in order to bring about the effective development of both, to the betterment of all Commonwealth countries.

In addition to the formal structure of the Conference, there were evening receptions for delegates to network and connect with each other. Cultural performances were put on together plenty of local cuisine and beverages. The final evening culminated in dancing around an African fire to the sounds of drumming and singing.

Full proceedings together with video clippings of the Conference will be made available later. Meanwhile the CEC is hugely grateful to all our Namibian colleagues who made this occasion so valuable and who ensured its efficient running, especially three members of UNAM, Lazarus Hangula, Vice Chancellor, who was unfortunately prevented from attending by last minute hospitalisation, Kenneth Matengu, Pro Vice Chancellor, and Charmaine Villet, Dean of Education. Richard Mawditt, former Trustee, was the principal organiser at the CEC end in Britain. To all these people the CEC extends its warmest gratitude.

We now look forward to our next overseas CEC conference, which it was announced in Namibia will take place at St George’s University, Grenada, in July 2019. That institution was handsomely introduced to participants by its Vice Provost Educational Services, Glen Jacobs. By way of extending its Commonwealth impact the CEC has put a toe in the water this year and on the basis of the obvious success of its Namibian conference we now look to much more thorough immersion in the years ahead.